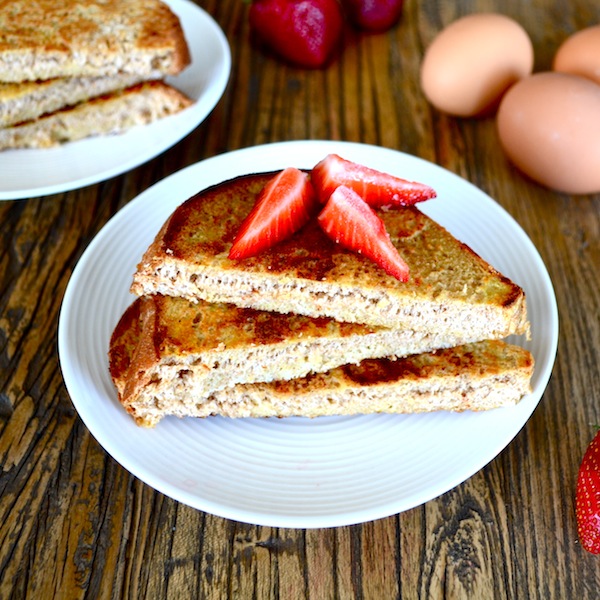 Isn’t french toast the best food ever invented? I love it.  And I especially love it if it’s made with my homemade sprouted wheat bread. My two-year-old chows down on this breakfast and he’s not hungry again until well after noon. What’s the key to delicious french toast? I think it’s using the best ingredients to start off with: homemade bread, raw whole milk, pasture-raised eggs, pastured butter, high-quality vanilla and cinnamon, and real maple syrup. Use the good stuff and you can’t go wrong. It’s also nice to make a big batch and save some for the next morning too.