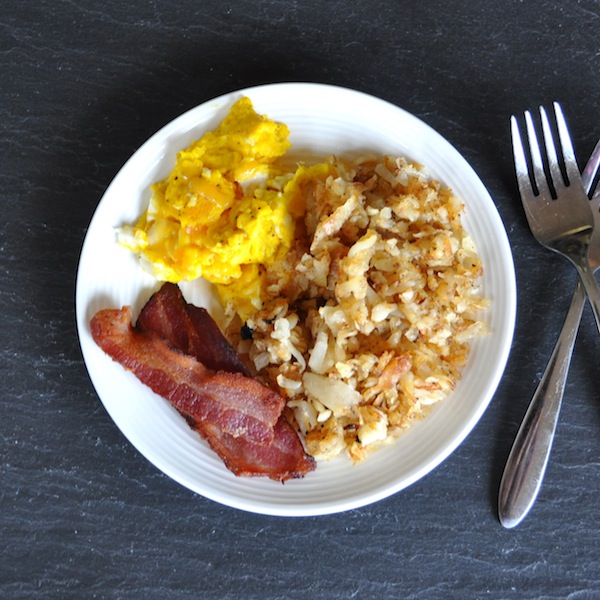 Here’s the deal with homemade hash browns—you need to get the moisture out of the potato before frying them up, or they won’t be crispy. A lot of people grate raw potatoes and then squeeze out the extra moisture through a towel or a potato ricer. I think those options are a pain. Then what is the answer? Don’t use raw potatoes at all. Used baked potatoes! I learned this trick from my sister who lives in Idaho and has become the expert in all things potato. 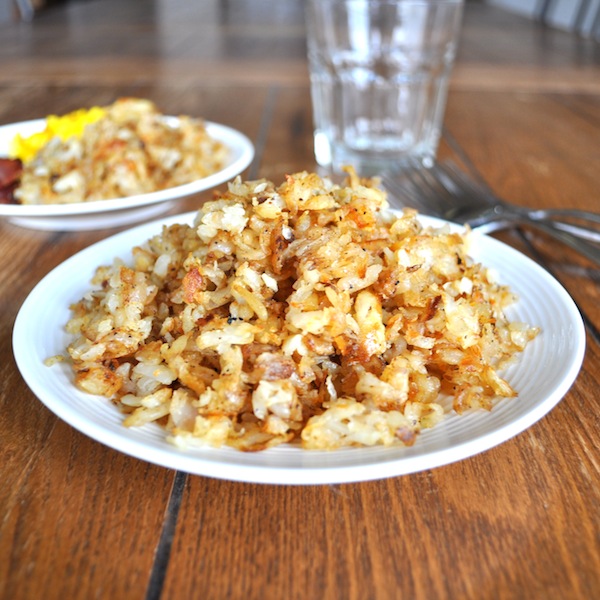 Every time I bake potatoes, I add about 4 extra to the oven. After they’re done baking, I let the extra potatoes cool on the countertop and then in the fridge overnight. Once they’re completely cooled, I peel them, grate them with a cheese grater, and they’re ready to fry up. Hash browns from baked potatoes crisp up on the outside and stay soft on the inside. It’s so easy! And they’re so good!

If I have more shredded potatoes than we can eat for breakfast, I freeze them. Spread them out on a cookie sheet and place them in the freezer for about 1 hour. Then using a spatula, scoop them up and put them in freezer bags or containers. It’s so nice to have inexpensive, non-processed, no-preservative hash browns in the freezer for future easy breakfasts.

One other trick for making the best homemade hash browns—use bacon grease. I buy really high quality pastured bacon (Beeler’s) and I save the bacon grease in a mason jar in my fridge. Then I use the grease for frying and it’s the best! Bacon grease has a pretty high smoke point, so it’s good for frying, and it adds so much flavor. I know people are grossed out by the old school bacon grease in a can by the stove, but I’ve adopted the practice and I love it! 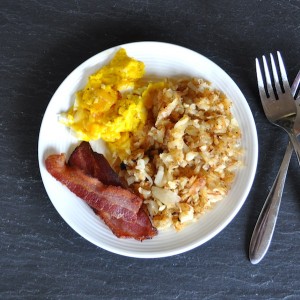